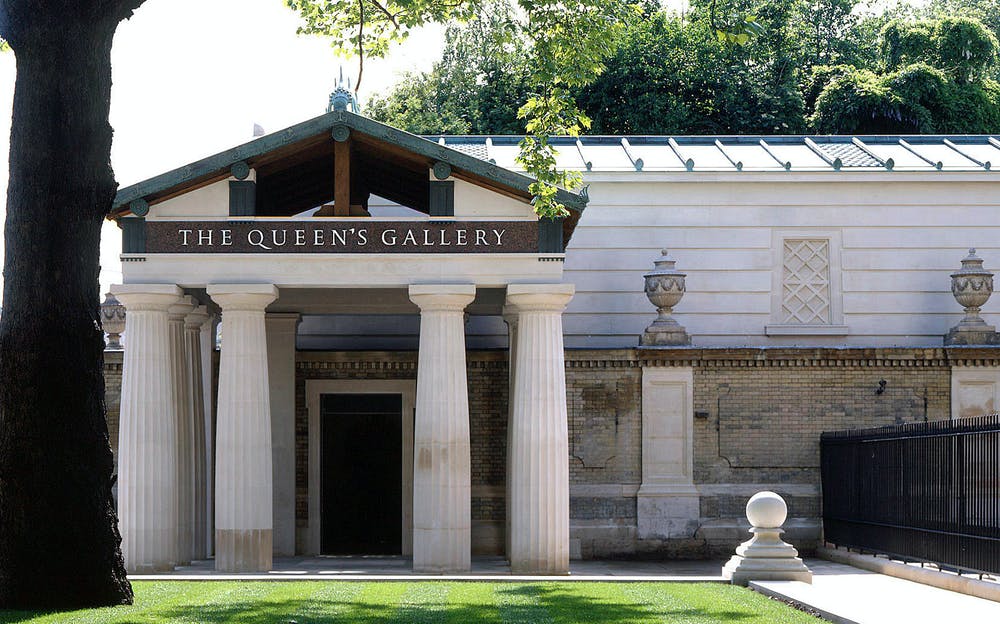 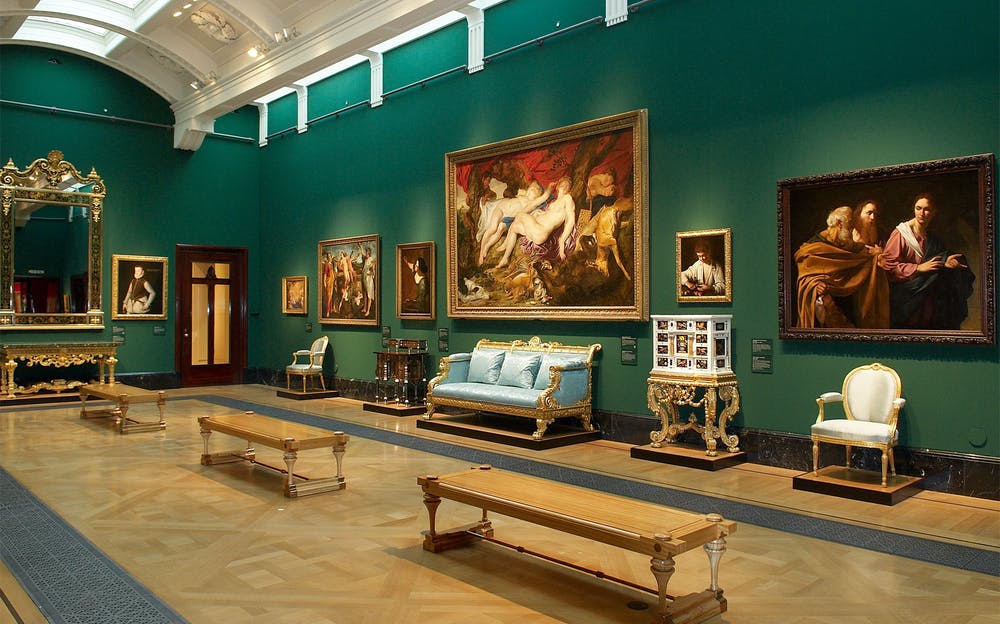 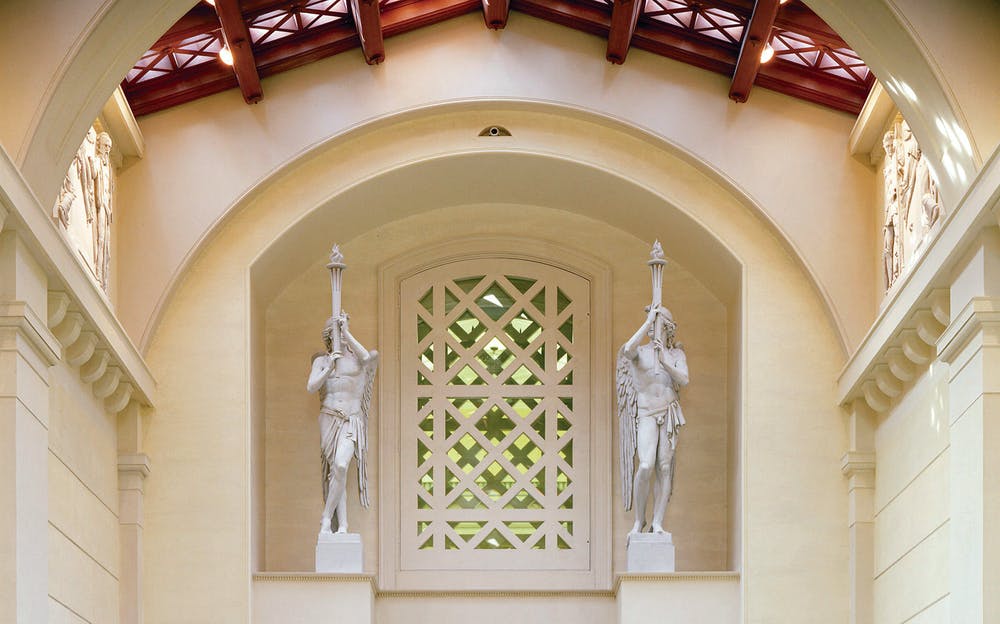 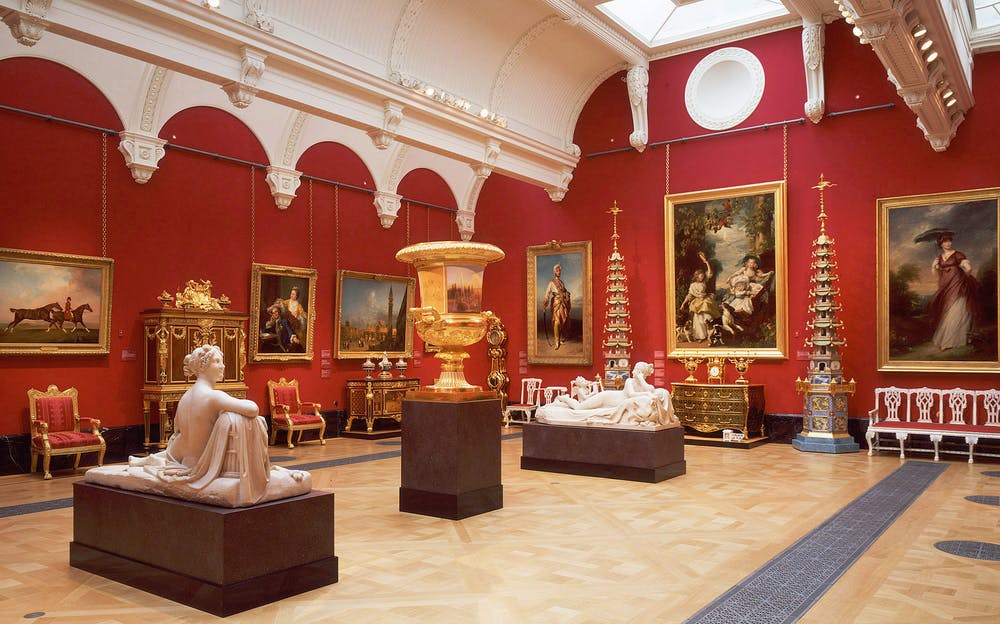 The Queen’s Gallery is a permanent space showcasing art at Buckingham Palace, home of the British monarchy. It is a public gallery, exhibiting works of famous artists from the Royal Collection. These include drawings, paintings and other precious objects owned by the sovereign in trust for the nation rather than her private collection. View masterpieces created by some of the world’s greatest painters at the Queen’s Gallery exhibitions.

The Queen’s Gallery is at the Palace’s west front, standing on the former location of a chapel bombed during World War II. In 1962, the original Queen’s Gallery opened as Ionic temples, designed and constructed by John Nash in 1831. It was one of the Palace’s three identical conservatories in the form of Ionic temples. Earlier, in 1843, Queen Victoria transformed the pavilion into a private chapel. However, in 1940 it was damaged in an air attack and remade as a gallery for the Royal Collection. The redevelopment happened on The Duke of Edinburgh and The Queen’s suggestion.

A contest took place in 1997 for the nomination of an architect to extend and update the Gallery for the Queen’s Golden Jubilee celebration. The appointed architects, John Simpson & Partners, created a new entrance, improved the access and made the spaces flexible. They also added hi-tech environmental controls.

The Gallery closed for further extension in 1999. Queen Elizabeth II later reopened it on 21st May 2002 as part of the Golden Jubilee celebrations.

A vast collection of royal art and treasures

The Royal Collection is home to 7,000 paintings, 450,000 photographs and over 150,000 paper works, including 30,000 drawings and watercolours. What makes the Collection so diverse is the inclusion of priceless textiles, furniture, tapestries, carriages, ceramics, armours, weapons, clocks, musical instruments, jewellery, tableware, sculptures, books, manuscripts and plants. The works are from different parts of the world, collected over thousands of years. The exhibition is open to the public every day, showcasing around four hundred and fifty priceless items at a time.

A must-see exhibition for art lovers

A special exhibition called Leonardo da Vinci: A Life in Drawing marks the 500th anniversary of Leonardo da Vinci’s death. Two hundred of his greatest works from the Royal Collection are on display, forming Leonardo’s largest showcase in over sixty-five years. Charles II acquired the drawings during his reign. They offer an unforgettable insight into da Vinci’s mind and mirror his full range of inspiration and interests. Take the time to see his paintings, architecture, sculpture, engineering, anatomy, cartography and more. This exhibition is a must for every art lover. Be awed by the handiwork of, perhaps, the most celebrated artist of all time.

Purchase tickets to visit the Queen’s Gallery exhibitions with your family and friends to enjoy this unique, must-visit experience.

The Queen’s Gallery Exhibitions – Buckingham Palace is currently off sale

Sorry, there is no upcoming availabilty for The Queen’s Gallery Exhibitions – Buckingham Palace.